The new trend direction can be easily identified by looking at the triangle’s level of support or resistance and by following the zigzag movement of the pair as it gets squeezed. The ascending triangle is a bullish formation that usually forms during an up-trend. In most cases, the formation is a continuation pattern with some instances of reversals at the end of a down-trend. Here is an Ascending Triangle in action: Ascending Triangle Continuation Pattern Formed During an Uptrend on Aussie-Dollar 4Hour ChartTwo or more highs that are almost equal to one another form a horizontal line on the top (resistance). Two or more lows, each one higher than the previous one, form an ascending trend line (ascending support) that converges on the horizontal line as it rises. As the pattern develops, fewer traders participate in the market, and the volume levels usually lessen, or even become flat. This is a quiet period before the storm!

When the upside breakout happens, the reenergized bulls and bears usually attack the market, causing an expansion of volume to confirm the breakout and the continuation of the current uptrend (or a reversal of the prevailing downtrend).

Unlike symmetrical triangles, where a breakout is needed to determine the bias of the market, an ascending triangle pattern has a more definitive bullish bias because of the higher reaction lows as the formation extends to the right. It is these higher lows that indicate increased buying pressure and give the pattern its bullish bias. 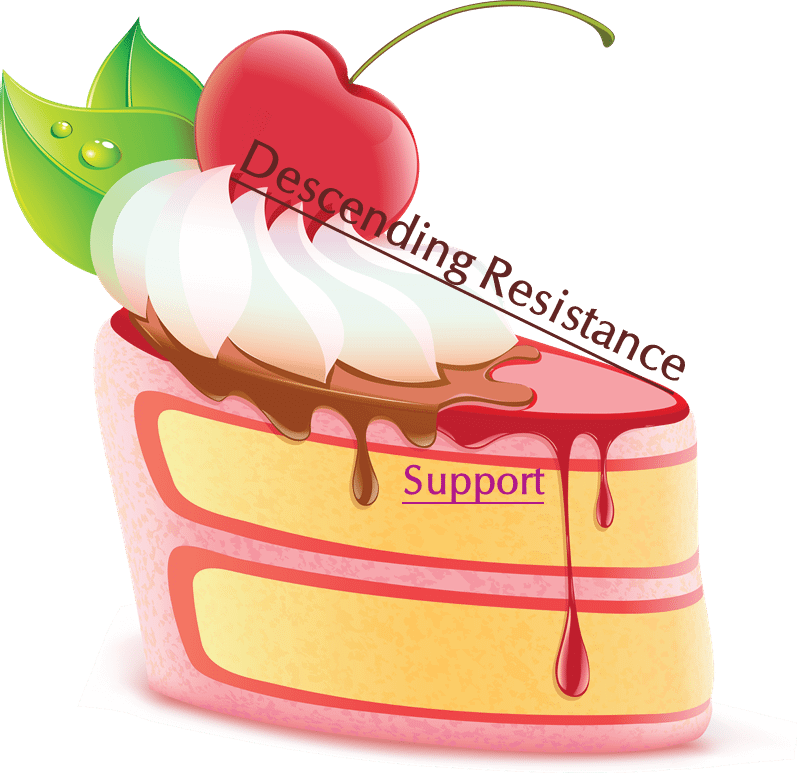 The steps to needed identify, confirm, and take advantage of this pattern are basically the same as those for the other triangles, so without further ado, I welcome you to the next fake forex party.

Open your demo trading platform and go through different currency pairs in different time frames. Find a potential or developed triangle pattern. Draw your trend lines carefully and determine what type of triangle it is. Leave the chart with the trend lines open and see whether the prices eventually break though the lines. Depending on your time frame settings, this may take anywhere from one hour to more than five months. Confirm that this is not a false breakout, and then place a fake order with virtual money based on the new trend.

Was this triangle a continuation pattern or a reversal pattern? Share your story at Invest Diva’s Forex Community!